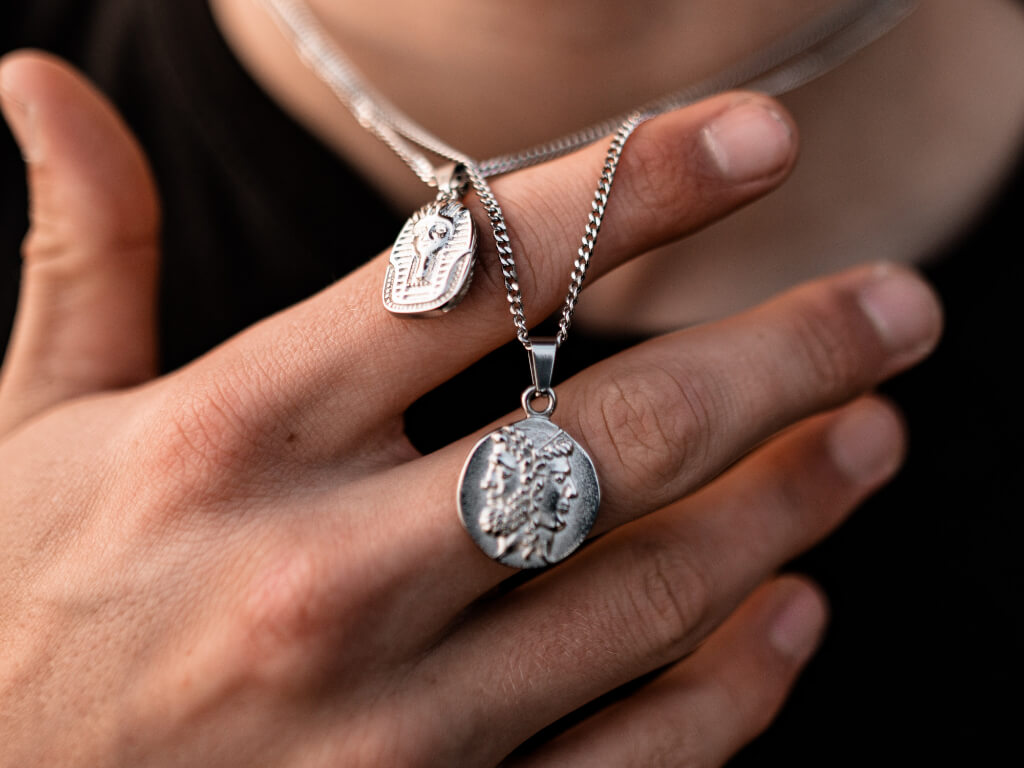 Silver is used for a wide range for various industrial and artistic purposes. With its use in all areas of manufacturing, from electronics and jewelry to automobiles and pharmaceuticals, you probably come across white metal almost every day.

But how much do you really know about this white element?

Get ready to learn more about it than you ever imagined! In this article, we will tell you interesting facts about this incredible metal.

These facts will help you impress your family, loved ones, and friends!

Silver is among the earliest discovered elements.

It was one of the first five elements known to mankind. These include gold, copper, lead, and iron.

Silver objects are known to date back to around 4000 BC. However, the metal was most likely discovered about 1,000 years earlier.

Ancient civilizations learned to separate silver from lead by 3000 BC. And this process required considerable effort, and at that time silver products were valued more than gold.

In ancient Egypt, electrum was used in jewelry, in particular in necklaces.

Found in the earth’s crust

Most of it is in the upper layers of the earth’s crust. Therefore, it literally surrounds us everywhere. Of course, getting there is another matter entirely.

This precious white metal is found in rocks and usually must be extracted through mining and processing.

This is a very plastic element that can be pressed, compressed, and stretched into any conceivable and unthinkable shape, and it will retain its physical integrity.

For example, one piece of this metal weighing 65 milligrams can be pressed into a plate 150 times thinner than a regular sheet of paper. Meanwhile, about 30 grams of metal can be turned into a wire 2.5 kilometers long!

In addition, due to its properties, silver is perfect for processing in the “diamanti” technique.

The amount of this precious metal that is newly discovered or recycled as a result of previous use tends to increase every year. In 2005, the world produced about 20,500 tons of silver, while in 2020 this number has increased to 27,000 tons.

Silver is not toxic to humans

The famous “Nutrition Pyramid” never told us exactly how much of this metal should be ingested each day. This metal is actively used in the food industry and is found in various food products, especially in decorative edible decorations, such as icing, and others.

Use as a currency

One of the most common items in which this element occurs is money.

Interestingly, the words “silver” and “money” are linguistically synonymous in at least 14 languages.

It has served as a means of payment since about 700 BC. It is used in coinage and other forms of money around the world.

Often people ask: “Why can’t you wear silver with gold?”.

Oh, this fashion! Wearing jewelry made of silver and gold was previously considered bad manners. And this was due to the opinion that these metals look inharmoniously with each other.

But time goes by and fashion changes. In recent years, wearing the two metals together has become a trend. For example, the combination of these metals in the Foca ring is extremely successful.

Types of silver used in jewelry

There are many types of silver that are used in various jewelry. Among them are:

Appeared in England in the 13th century. This special alloy is made up of 92.5% silver and 7.5% other precious metals, including copper. Today, sterling silver is popular in jewelry and art. In jewelry, such silver is designated as 925.

This variety is closest to pure silver. It consists of 99.9% white metal and is designated as 999. The remaining 0.1% are trace elements, which are found in negligible amounts.

This is a type of modern silver alloy designed to be stronger and more resistant to tarnish than pure silver. This is a kind of sterling silver version.

It is essentially a thin layer of silver applied to another base metal, usually copper.

For example, in our online store you can find a lot of 925 sterling silver jewelry.

Abundance in the world

Yes, this metal is relatively rare and precious, but it is still plentiful.

Currently, about 570,000 tons are used in various products around the world. It is present in coins, jewelry, works of art, religious artifacts, and so on.

One of its most beneficial properties is resistance to microbes. In other words, the element kills germs.

The Phoenicians were among the first to use silver bottles and vats to store water, wine, and milk to prevent contamination and because it disinfects the water.

This property is extremely important for various industries. Today, medical equipment in hospitals and doctors’ offices is coated with this metal, or more specifically, with silver nitrate.

In addition, people often ask themselves: “Why does silver darken the human body?”

This is due to the fact that every day a person inhales sulfur dioxide. In turn, the human body includes a protective mechanism and displaces sulfur dioxide through the skin. The white metal reacts with it and begins to darken.

No other metal has the same reflective properties

Silver is often used in the manufacture of mirrors as a coating layer on the surface of mirrors.

There are also several other uses for its high reflectivity. In addition to being admired by people for its brilliance, it is used for a wide variety of scientific instruments such as microscopes and telescopes.

Silver has been decorating our lives and helping to achieve progress for many centuries. This unique and ancient metal simplifies life, and takes scientific and medical discoveries to a new level. And jewelry made from this precious metal surprises with its sophistication and versatility: silver jewelry suits every type of appearance, emphasizing natural beauty.